This is a unique digital dice game. We’ve seen electronic dice with seven LEDs before. We’re using a seven-segment display instead of LEDs in this project. 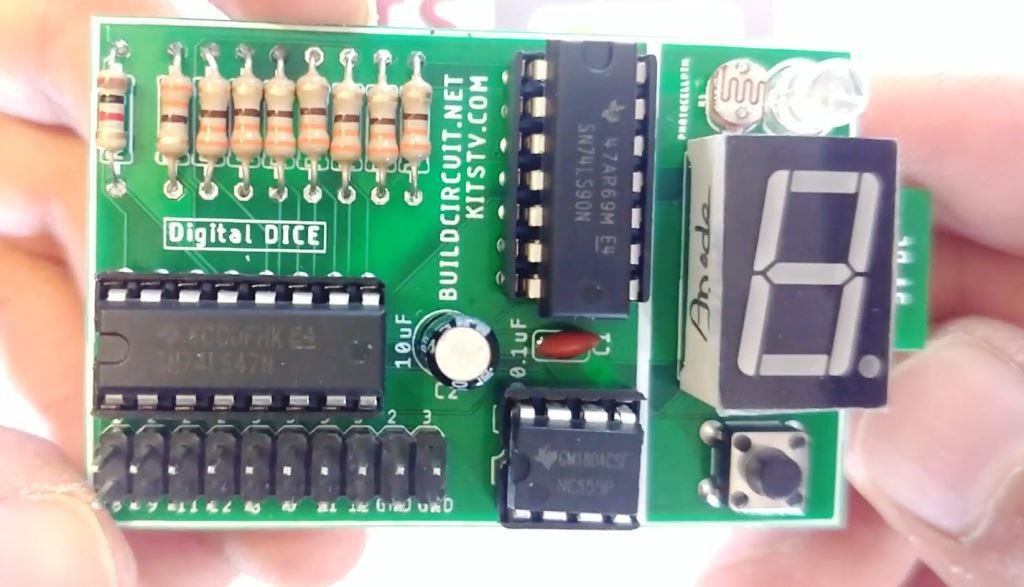 A micro USB cable is used to power the kit. For electronics beginners, it might be a fun project. The kit can be built with basic soldering skills, and the silkscreen markings on the PCB should assist you through the soldering process.

Checkout the video below:

The schematic of the kit is given below: