This is a 3-digit digital object counter kit for electronics novices and amateurs. This counter may be used to count things or people as they enter a room. Engineers may learn about digital counters using this device.

This digital object counter features three seven-segment displays that display numbers from 000 to 999 and is equipped with a laser module and a photoresistor. Objects are passed between the two modules as the laser module is aimed towards the counter module’s photoresistor. The seven-segment displays exhibit increments in numbers from 000 to 999 whenever an item passes between the two modules.

This kit is now available in two versions: completely assembled and DIY. It includes a laser module. Everything is contained in one bundle.

This photoresistor-based digital item counter has three seven-segment screens that display numbers from 000 to 999.

It utilises a laser module:

Turn on the laser module and point it towards the photoresistor, hit it with the laser beam so that the counter counts whenever the laser is obstructed.

The counting module is powered by 5V. Simply use a 5V cellphone charger or any other power converter to charge the kit.

The transmitter and receiver units can be separated by up to 10 metres.

At any point, the counter module can be reset to 0 to restart counting.

What’s new in this version?

The kit’s output is quite consistent, with no false counts.

Only the photoresistor is included in the package. The infrared function has been disabled. 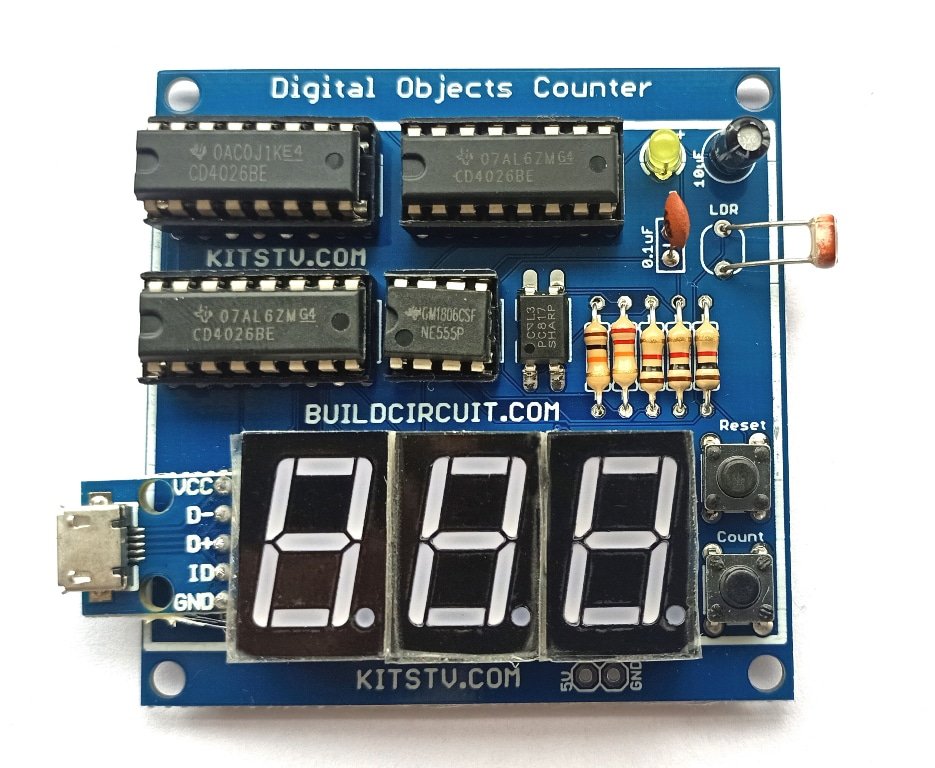 This image shows the DIY version of the kit. All the components are through hole.

Digital objects counters with SMD and through hole components.