Squid Game, which you may have seen on Netflix, is a fictitious competition in which players compete in children’s games for a high cash reward, with losers being removed in an unpleasant manner. After watching it, I’d call it as violent and odd, yet intriguing and appropriate only for older audiences.

The massive robotic female statue used to referee the red light/green light contest will be known to anybody who has seen it. When the competition is in a stop situation, the mechanical girl’s head spins to face the players, but when it is in a go state, she looks away.

The Squiduino- RED LIGHT GREEN LIGHT is a great way to play robo-red light green light at home. BuildCircuit’s Servo device is an intriguing (though less consequential) solution. The gadget features a countdown timer and a speaker that emits spoken instructions, as well as penalty noises when you move at the wrong moment, much as in the program.

Motion is detected using a PIR device, which can identify when anything moves but not individual players. A image of the female statue spins on a servo to signal stop/go circumstances, and LEDs flash green or red. The servo motion causes the statue to quiver a little, making the game even more unsettling. 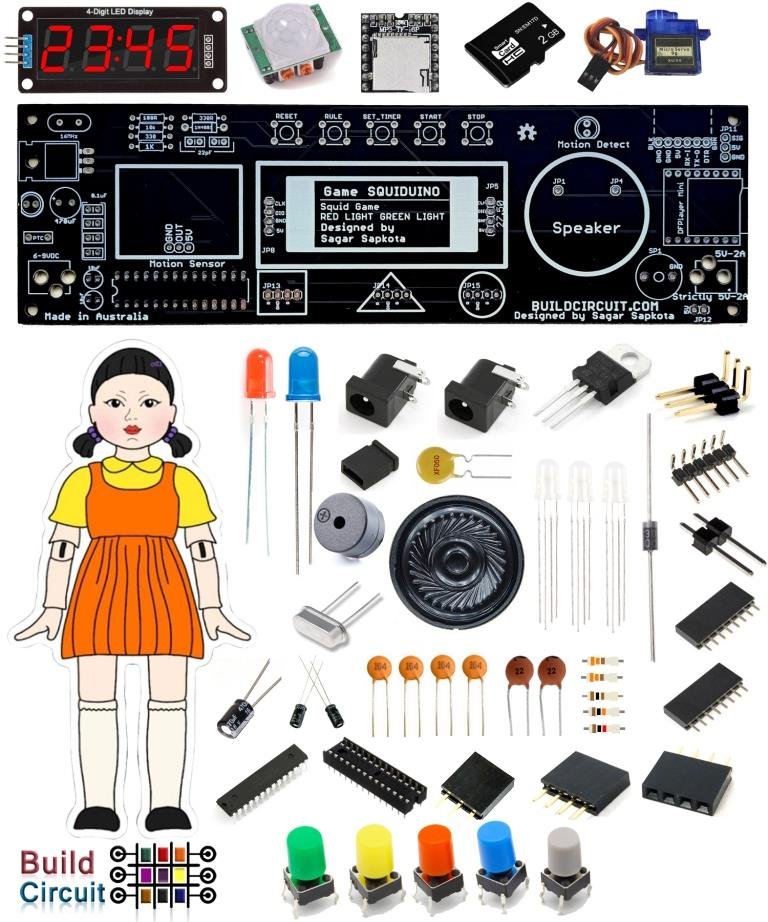 Because the game is played off a microSD card, programmed sounds can be changed to be less menacing if the game becomes too stressful. Because the board is controlled by an Atmega328P-PU , it can be programmed using the Arduino IDE (through an FTDI breakout) to do whatever you want.